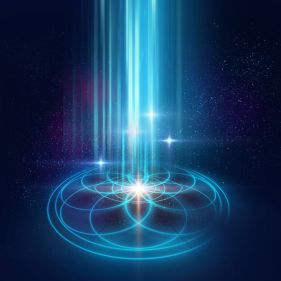 Everything is energy.  We have all heard this, but what exactly does that mean and how do you perceive it?  Well the truth is you are already perceiving energy everywhere.  Even though things may seem solid, physical and real to you as you look at and feel them, the truth is that you are really just looking at and feeling energy.  Its simply that you have been taught labels and given things meaning so what you perceive is those labels and meanings rather than what is actually there.  If you suspended all of your labels and meanings all you would see is light (aka energy) because that is what everything is.

Due to the fact that we have all been conditioned to death with meaning since the moment we were born, and most of us seek more meaning because that’s what we been taught to do, we are constantly creating separation where there is none.  Any time that you create meaning you create distinction and thus separation.  Separation equals suffering.  Ultimately nothing is inherently separate, you just keep creating that illusion in your own mind through your incessant meaning making, and thus create suffering for yourself.

Many times when people get interested in energy, healing or subtle energetics, they try to see something other than what is.  Like some other magical thing is supposed to appear to them.  Typically, at least in my experience, this strategy is not helpful.  You are not trying to see something other than what is there, you are just seeing what is there by forgetting what you’ve learned to see.  This may seem like semantics to you, but I assure that it is not.  When we believe appearances we are lost to seeing what actually is, as appearances are simply things we’ve labelled as something in particular.

I have found frequently that as people go through this awakening of sorts of beginning to perceive what they label as “energy”, that they make it another object.  Essentially what they have done is given some meaning to the “energy” they are now sensing/perceiving and this births a whole set of ideas of good/bad energy or trying to avoid, move, or manipulate energy somehow.  They’ve taken that same meaning based strategy and pasted it onto the more formless aspect of being that is coming into their awareness.  So even though they may be learning how to perceive beyond certain meanings that they have given to things, their stage of developmental consciousness progression has not yet shifted beyond separation.  What I’m saying here is that being able to perceive “energy” in a more formless state does not make you more evolved than some other person who does not yet think that they perceive energy.   What really matters is making the shift in your awareness from perceiving separation into perceiving inseparable unity. 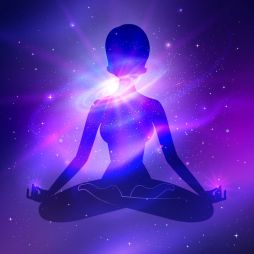 This brings us to your energy body.  We all have multiple layers to our energy body.   The first layer, if you will, is the physical body (which we are most identify as), then a subtle body (which is associated with our emotional body), beyond that a mental/wisdom body, beyond that a soul/bliss body, and beyond that the one body/being or pure awareness.  All of these bodies are accessible and perceivable to anyone, each one begin more expansive and formless then the one previous to it.  The degree of relevance for your journey at this time, and your desire to perceive the various level of your bodies, will determine your experience of them.

The subtle body, which again is related with the emotional body, is often what is waking up into awareness when people talk about being able to perceive energy as if its another object out there.  People often report seeing colors or visions, feeling vibrations or densities, hearing things and the like.  Essentially we might put all of this into the category of extrasensory perception.  It is also not uncommon that as people’s systems unwind tension that they begin to perceive in this way.  The more that we perceive and create meanings and labels, the more our spinal cords and nervous systems respond to those perceptions, and develop spinal distortion/tension/twisting patterns through which then experience the world through.  Those patterns become the filters through which we perceive everything.  We often simply experience this as tension, pain or the inability to fully relax and we really don’t know what else is going on underneath it all.

Tension patterns keep us more bound, and thus perceiving only the physical appearance/label of things.  As we unwind and unbind, things begin to lose some that seeming solidity that we once thought that they had.  The less that we can create the tendency to label things the more our awareness will be able to progress further into our more expansive bodies.  Its important to remember that no awareness of self or of your various bodies is necessarily better or worse, its all inclusive of the previous layers.  It is however helpful to cultivate a desire inside yourself to experience yourself beyond and beyond and beyond if that so resonates with you, as it is through that desire that the path of further awakening will reveal itself to you.

So I invite you to explore meaninglessness.  See what it is like to not know what it is you are looking at or touching.  Begin to empty yourself out of all your learned content about what is, who you are, and appearances.  Expect nothing, and that which is already, always there will be seen.  Remember energy/light is all there is, but don’t hold onto that as a concept, simply remember it and let it go.  Recognize that distinctions are illusionary and separation has never existed and you will begin to directly experience and know that world of inseparable aliveness of which you are.