Love as a Technology 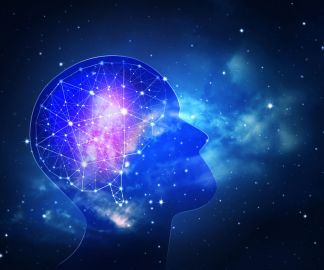 When most of us think about technology we think about devices, typically electronic devices.  Whether those devices are the personal equipment we use such as our computers or cell phones, the advancement of software and information systems, electric cars and other transportation devices, or medical equipment.  From our current perspective, technology is seen as advancements that assist us in being potentially more connected, creating opportunities for greater ease and efficiency, and opening up our external world in ways that create novel avenues of experiencing life.

There is much debate about whether this advancement of technology is good or bad for us, but undeniably we can all agree that the advancement of technology has radially changed our lives on this planet and there is no doubt that technology will continue to improve and advance.  Our technological advancement focus has largely been on the design and creation of inanimate objects rather than focusing on advancements of our own neurological systems and software.  It is almost as if we have collectively failed to see that these bodies and nervous systems that we have, are some of the most advanced “pieces of technology” that are currently on this planet.  It’s too obvious in some ways, in plain sight but overlooked, and the focus has been on the advancement of lifeless objects rather than animate ones.  In this way we have given more power to inanimate objects to advance our life experiences rather than recognize the power of the most intimate animate object that is currently in our existence, our physical body.

What is it like to see your body as technology?  In spiritual circles we often talk about the body being a vehicle for the soul.  Whatever information that a vehicle (or technology) is wired to tune into it will express.  Said another way, the wiring determines what information and energy can be experienced.  This is as true for our physical vehicles as it is for our inanimate vehicles as well.  Inherent in the system of Network is the advancement of the neurological architecture and circuitry so that you can tune into a wider range of frequencies that allow you to access different information.  This is one of things that makes Network unique among many systems out there.  Its focus is and has always been on advancement of the neurological system.  This is the advancement of our biological technology if you will.

What’s Love got to do with it?

The most advanced technology

The uniqueness of animate vs. inanimate objects is the capacity for sensorial, emotional, mental and soulful experiences and expressions, rather than just basic input and output of commands.  The capacity and range of these body vehicles that we each have is extraordinary.  Part of the spiritual journey is the development of pathways through this vehicle that allow us more and more access to our soul, which is that next level of development beyond the mind.  So many of us that are here right now have the wiring and/or are creating the wiring, which is allowing for soul energy and information to come through our physical vehicles more and more, which is key to the integration and evolution of our biological advancement to the next level.

Love heals.  In this way love is a technology in itself.  The most powerful one in my opinion.  Love heals because its knows its already whole and perfect state.  We all know love heals and we preach the power of love, yet we have a tendency to forget it particularly when other parts of our system get activated.  When this happens all of our energy diverts into those other aspects and the information that we receive becomes about survival sensations, intense emotions or habitual thoughts depending on where we get looped.

The conscious generation of forgiveness of everything and acceptance of all blows the heart open.  When the heart is open your system gets saturated in love.  This love then works on your system.  It creates new pathways, patterns and access points.  You then begin to access and express different information.  The information of love is community, togetherness, interconnectedness, wisdom, grace, awe, pure light, unity, and one.

Love is the most advanced technology currently available to us.  Some of us have more access to it than others, simply meaning the pathways are more grooved in our systems to express it through this body vehicle, yet love is free, unbound and available to all who have the hunger for it.  I invite you to remember and reconnect to love as often as possible and recognize that this technology is the number one key to the advancement of this entire human race.

Innovation of the human being

Integration of human and spirit

I’ve always been a little jealous of people who seem to have careers where what they do is logical, linear and certain.  They can explain in concepts and visuals what they do, which makes sense to the minds of others.  Where there is a service or product that performs a specific reproducible function and everyone perceives the direct value in it for them, like being a chef, delivering the mail or selling toilets.

It seems that the role I incarnated to play has not been those things.  Instead I appear to be in the position to help man/woman realize, become and integrate his/her spiritual nature (mostly unknown to people outside of conceptual thinking) into their known human being existence, through expanding their perception (how they view reality) and thus changing the structure and form that make up everything from the human body to all forms on this planet.  I’ve pursued this through taking on the commonly known profession of chiropractic, which at its original tenants and core intentions has always been about reconnecting man the human to his/her spiritual nature through clearing interference in the nervous system, the nervous system being that which transmits our nonphysical self into this human form so that we might know who and what we really are.

Unfortunately over the years most of the chiropractic profession has gone for acceptance in the mainstream culture rather than sticking to its roots and so the public has come to know us as “back pain specialists”.  With this most of chiropractic has became devoid of spirit like all other medical professions, and the fundamental aspect that heals once again being left out of the picture.  The human body being seen as a machine with broken parts that need fixing rather than the recognition of the essence of what we are, which is the healer of all, and bringing that more and more into the direct experience for each being.

There is a universal intelligence and an intelligent energy which is the expression of this intelligence.  Call it spirit, soul, essence, source, truth or whatever you would like.  It is all the same one thing.  It does not care if you believe in it or not.  It is.  It can’t not be.  It is who and what you are beyond the form you identify yourself as, even if you deny its existence.  It is you.  When people first begin to experience this they might notice energy moving throughout their body.  They might notice their body wanting to move on its own  without them volitionally moving their body.  This intelligence is beyond thought, but is inclusive of thought.  However because it is beyond thought the mind solely can not and will not ever be able to figure it out no matter how hard it tries.  In order to contact this intelligence it requires that the human mind develop trust and faith, for without that you will not be able to penetrate the thick and seemingly solid barriers that the mind creates to deny your own existence.   It is also helpful to be in the presence of beings that have already penetrated those mental barriers as they will create a field that will give you greater permission to contact this intelligence and intelligent energy (aka you) if your openness to it and desire for it is strong.

So how do you fit all of that into a 60 second elevator speech or even a 30 minute conversation?  Now you can see why sometimes I wish I could just say “I sell toilets”.  Ha, but no I decided to become a human being innovator, literally upgrading the human being, how they perceive and function, so that this next level of ourselves can move from unknown to known, from mysterious to undeniable.

The thing about being a human being innovator is that there is not a magical recipe.  Yes there are patterns to things, things that can be observed and seem to be common to most people’s experiences, but its not always cut and dry.  We are not patterns, we are infinite beings of wisdom and love.  In that each being has their own set of experiences in whatever the ways are that they need to experience.  The expressions are infinite and as much as it is a mystery to you it is also a mystery to me until it reveals itself.  I’m not privy to any secretive information.

Above all else I trust that intelligence which knows and see my role as energizing and activating that as much as I possibly can so that your own wisdom and love can inform and move you.  I do not get to decide what occurs or what reveals itself.  I simply come into agreement with that which knows and have faith in the perfect orchestration of whatever reveals itself in whatever ways it does, even if that means that my mind (or your mind) doesn’t like the experience that you are having.

Despite my best attempts to map things out and make them linear I feel like I have often failed or come up short.  Trying to put things into boxes that don’t have boxes in order to make them relatable to minds that will never totally get it because they’re not meant too.  I’ve definitely left gaps, missed pointers and all the while have been “figuring it out” myself as its been revealed to me.  What I’ve come to accept, sometimes grudgingly so, is that for those that want certainty, controlled responses or to only feel certain states of being (like only feeling good and never feeling bad) my work is typically not for them.  Not everyone is ready to surrender the control that their mind has over them.  That is not a judgment, its simply a stage of development, and we are ready when we are ready.  It is however, as I see it, the next stage of our human development and why I believe I am incarnated at this time.

So a huge thank you to all of you who come to see me and are bravely walking forward on the path of innovation of the human being.  I love you all.  For truly without you none of this is possible.  Thank you for your help in the transition of this planet, for challenging your beliefs, shifting your perspectives, and being willing to see yourself as more then your mind sees even when that more is not yet fully seeable.